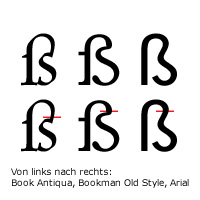 So, obviously it is time to retire the old YU symbol, since it no longer refers to anything that exists. SCG (fine for graphic resolutions, not so easy to pronounce in a pleasant way) is also gone. So it's off to the International Standards Organisation. For a three-letter symbol, Serbia had the choice of SER or SRB -- no big deal there, the choice seems to have been SRB, fine. But then, there was the choice of a two-letter symbol. ISO rejected the proposal that the new symbol be RS ("Republika Srbija," but their rules do not allow the form of government to be a part of the symbol, they say, which ought to call CH and UK into question, no?). They proposed as alternatives SP, SQ, SS, SW i SX. Not any one of these is especially appealing, but the Ministry of Foreign Affairs chose from among the options the symbol SS.

Is there any point at all in even beginning to set out the reasons why this was a bad decision?
Posted by Eric Gordy at 01:53 13 comments:

Stable democratic orders depend, above all, on a perceived community of interest. For example: the Serbian Radical Party could not survive without financing from the state budget and the opportuity to provide its leading figures with parliamentary immunity. And the Serbian government could not survive without the not especially well hidden support of the Serbian Radical Party. Which is why when Dragan Todorović, who resigned a seat in the current parliament from which the law prevents him from returning, wanted to return, his wish was granted. If he were not a member of parliament, he may have to face prosecution for massive expropriation of funds from the state budget during the time (bet you can't guess the period) when he was minister of transport and telecommunications. Explaining this instance of creative violation of the law in defence of prior violations of the law, SRS leader Tomislav Nikolić pointed out that Radicals are "above the organs of the state." The evidence would appear to suggest that Mr Nikolić is right. 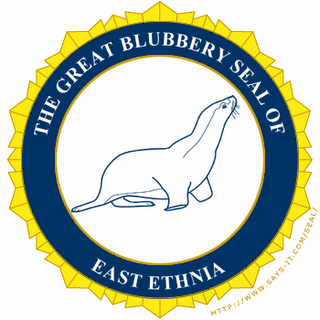 Thanks to Darko, I have found this timewaster called the Official seal generator. Which I used to make the above.

But really the reason to make this post was to try out this new (for me) blog posting program thingie called Qumana. It seems clever. There are still some bits of it I need to figure out.

A poem in honor of the recent congress of the Srpska radikalna stranka in Sava centar:

Or backward, it seems
with no stops for pizza
The last stop was
in Batajnica

Thanks to the Belgrade blog for the link. Down Virginia way, a local Yugo takes up the task of comparing his experience to the famous list of stereotypes "You know you're a Serb when ..." Down Niš way, I once heard a political scientist use this list as a framework for a lecture on politics of identity. If I remember well, though, the list was originally prepared for the amusement of the Austalian diaspora (this version seems to come from LA, all the same).
Posted by Eric Gordy at 12:07 No comments:

Impression of the week

Following up on the preceding unclear story, another unclear story. The activist Nataša Kandić was waiting for a taxi after appearing as a guest on the popular TV program Utisak nedelje, on the sidewalk outside the B92 studio. Three explosions were heard. The chief of B92, Veran Matić, claims that the explosions are part of an effort to intimidate some public figures. The police say that some fireworks went off in the area, and it is no big deal. The police version seems to be supported by the host of the show, Olja Bećković, who was seeing off Kandić and another guest, the former philosopher and full-time unusual person Svetozar Stojanović. Bećković says that Kandić had already got into the taxi when the explosions were heard, and that she and Stojanović more or less paid them no mind. So, maybe a tempest in a teapot, and maybe not.

What adds (or maybe does not add) another dimension to the story is an item in the provocative tabloid Kurir (which I have not found -- feel free to have some fun in their archive), in which the blaster from the past Siniša Vučinić claims that there is a plan to murder three prominent human rights activists. As much as this sort of thing leads to all types of responses, there are few conclusions to be drawn. Although Kurir hardly falls in the "reliable source" category, it is a popular place to plant stories. And although Vučinić is known for his tendency to threaten violence, he is also known for being something less than sincere in his statements. So there are a lot of reasons to raise suggestions about last night's incident, if there was one, but not a lot of reasons to draw conclusions.

Except for one conclusion: there is a genuine atmosphere of intimidation, which makes all sorts of interpretations, even ones that might turn out not to be warranted, seem plausible. Most interesting of all may be the statement by police that they station plainclothes officers around the studios where programs are filmed that involve "exceptional risk," a category into which publicly discussing issues of general concern would seem to fall.
Posted by Eric Gordy at 15:18 No comments: