A blast from the past

In 1999, Zoran Đinđić and Slavoj Žižek had a chat. Đinđić is occasionally pretty interesting and Žižek is, well, symptomatic.
Posted by Eric Gordy at 12:18 3 comments:

Update: Oh my goodness, there is an audio version too. With catastrophic pronunciation.

Every day it seems there is a wondrous new scientific finding.
Posted by Eric Gordy at 10:48 No comments:

The Radicals may say that they will not cooperate with the International Criminal Tribunal in the Hague. Inconsequential as that may seem given the present government's behaviour, it seems that the sentiment is not reciprocal: the Hague is happy to cooperate with them, lavishly. TV fans will doubtless remember Božidar Delić, the dashing general who chatted so frequently with Slobodan Milošević during the latter's trial. Now Blic is reporting that Delić had a lucrative gig hiring out his private archive to the Tribunal for the Haradinaj case, in which he was set to testify but withdrew for reasons the Tribunal spokesperson will not discuss. Killer quote:

The Milošević trial gave the best insight into the way the retired general works. According to sources at the Tribunal, he brought with him six hundred documents that he intended to present as evidence. That might not have been a problem during the trial, if the prosecution had not earlier requested from Belgrade the majority of just those documents. However, our government replied that they simply did not have those documents.

The article goes on to claim that former chief prosecutor Carla del Ponte, against the protests of the lead prosecutor in the case Geoffrey Nice, proposed dropping the entire set of charges related to Kosovo in order to assure a chance of peeking at Mr Delić's etchings. And there is a small effort to calculate how much Mr Delić was paid for his services.

In the likely event of an electoral disaster on Sunday, Božidar Delić is the probable candidate of SRS to take the position of Minister of Defence. From that position, he should have a better capacity to sell military documents to the people to whom he loudly claims to be opposed. 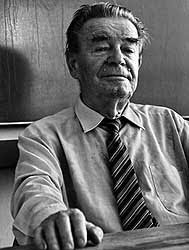 Let's take a little break from the words of such thinkers as Tomislav Nikolić, Goran Davidović, Gordana Pop-Lazić, Vojislav Koštunica, Velimir Ilić and the rest of them. There are also, and have been in the lands of East Ethnia, fine thinkers who were also fine people and who have made fine interventions. Vreme features an obituary about one of them, Milan Kangrga, written by another one of them, Lino Veljak.
Posted by Eric Gordy at 12:36 No comments:

One hand washes the other

There should be no stopping Koštunica now that he has the endorsement of Goran Davidović.
Posted by Eric Gordy at 10:35 2 comments:

Dragulji from the history of voting fraud 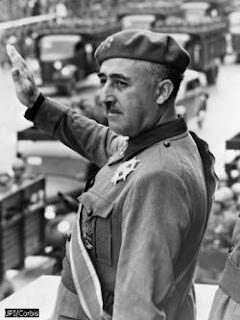 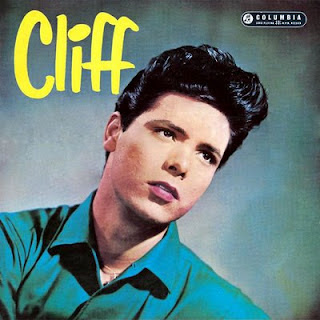 The year was 1968, the competition was Eurovision, and we do not necessarily have to believe the Guardian's assurance that this or any other song by Cliff Richard was "actually one of the better entries." But its second place finish may not be valid evidence one way or another. Because apparently what happened was that old Francisco Franco sent the representative of Televisión Española around Europe to funnel money to other television and publishing outlets, buying up series, arranging for concerts and promotions, the works. This infusion of cash translated into a phalange of votes for the Spanish entrant, a very serious (oh, let's quote the Guardian again: "trumpet-tootling, bodice-ripping") song by Massiel called "La la la." Of course there is a video. And another. Rock out to the vote-buying, boys n gals.
Posted by Eric Gordy at 11:30 1 comment:

The future is so bright

Not all of the intellectuals are afraid of the return to power of the extreme right. The mediocre ones among them never lost their desire for position and publicity, and held a conference to outline their goals. The lucky attendees got to hear Kosta Čavoški fantasise about new wars people could be killed in. Easily outdone by years of living in soft and luxurious enemy territory, Srđan Trifković merely drooled over the prospect of being able to fire people from their jobs because of their ethnicity and imagined, should a traveller ever chance into the country, that it might be fun to abuse them.
Posted by Eric Gordy at 17:45 6 comments:

A note to the nationalist right

You see, the problem with killing and threatening to kill everyone prominent who disagrees with you is that it does not remove all of the obstacles to your remaining in power. You also have to kill everyone who supports them, and regardless of how often you have tried that remains a majority of the people who voted in the last election. That would not be enough either: you would also have to kill everyone who despises you, and that would be most of the people in the world. And even if you should make progress there, you would still have to go after everyone who turns against you or knows anything about you.
Posted by Eric Gordy at 11:13 No comments: