Spectres and their terrorist aspirations

In a dramatic warning reported by the BBC, "The US government has warned of an al-Qaeda call to attack US online stock market and banking services." The warning "was said to be in revenge for the continued detention of suspects at the US prison camp in Guantanamo Bay." But wait: said by whom? And why would al-Qaeda take revenge for detention of suspects when if there were any evidence that these suspects had anything to do with al-Qaeda, charges would have been filed against them?

It turns out that the guilt of the suspects is not the only thing for which there is a lack of evidence: "A spokesman for the Department of Homeland Security, Russ Knocke, said there was no evidence to corroborate the threat."

Now, I thought I had heard one of the most foolish phrases of my life at a recent conference I attended where somebody proposed something he called "spectral terrorism," which he defined as the consequence of terrorism in an environment where there is no terrorism. Yes, you read that correctly -- it is a fancy way of admitting that you are giving an entire presentation about something which does not exist at all, while at the same time demonstrating no shame for wasting everybody's time by talking about nothing. But here is a new one from the same Department of Homeland Security spokesman: "aspirational threat." Now, you all know what an aspirational threat is: it is a bichon frise growling at a lion, a threat that is not a threat at all, in fact, it is nothing.

Says the Department of Homeland Security spokesman, the warning was issued out of "an abundance of caution." Or possibly, an abundance of something else.
Posted by Eric Gordy at 03:58 3 comments:

Academia goes to the movies

This just came in the old e-mail. I doubt that I will get myself organised in time to respond, but maybe one of you will, yes?

Few recent works of literature or film have made Eurasia as central and, perhaps, as flagrantly irrelevant to the American experience as Sacha Baron Cohen's hit film, Borat. In many respects this movie touches on key aspects of our discipline and expertise, and it also marks the distance that "Eurasia" has traveled in the American mentality since the appearance of other epoch-defining films (From Russia With Love, Doctor Zhivago, The Manchurian Candidate). Slavic Review invites its readers to submit contributions for a cluster of scholarly essays on Borat. Contributions may use the methodologies of any discipline so long as they relate in some substantial way to Borat and to interaction between Eurasia and the West.
Length should not exceed 5000 words. Contributions will be peer reviewed and must be received by the end of March 2007. If you have questions, please contact the editor, Mark Steinberg, at slavrev@uiuc.edu.

The wire services are reporting from the NATO summit in Riga that Serbia, Montenegro, and Bosnia-Herzegovina have been invited to the Partnership for Peace, a sort of ante-chamber for eventual full membership. The NATO statement pointed to the "importance of long-term stability in the Western Balkans" and acknowledged the progress made so far by Bosnia and Heregovina, Montenegro and Serbia." It called on Bosnia and Serbia to honor their commitment towards the Hague war crimes court and announced it would monitor progress on the matter.

After turning a blind eye to Karadžić and Mladić for over a decade, NATO didn't have much credibility left to lose in the Balkans -- but it has somehow, inexplicably, managed to gamble away even that little bit.
Posted by T K Vogel at 15:01 11 comments:

Just follow the links .... From today's report from AFP (no link, sorry) on the response of the Serbian Radical Party to the opening of their leader's trial in the Hague comes this sentence:

"While Vojislav Seselj is practically dying in The Hague, the trial was opened as if nothing is happening," said Bozidar Delic of the Serbian Radical Party (SRS).

Božidar Delić, now, that is a name known to TV fans everywhere as the retired general who found a hobby in his golden years of appearing repeatedly as a defence witness for Slobodan Milošević. Is he representing SRS now? I am not certain, but came across this account of a meeting in March, which was attended both by representatives of SRS and by the former TV personality Mr Delić. The sponsors are listed as the "International anti-NATO Movement," together with something called the "Serbian neo-Gaullists."

But follow the links, and one gets to the "National-European Communitarian Party." Their newsletter features a portrait of Ernesto Guevara, no neo-Gaullist himself, on the masthead. But perhaps El Che was a part of their "National-Bolshevik current." The party also has a link to "the situation in Serbia," which leads to a placeholder noting that the page no longer exists. Then this page autotransports the browser to a site listing a variety of activities of the group, including a heartwarming essay finally telling us the truth about Stalin. Oh, and also to the Serbian intifada. From Vladivostok to Reykjavik, preko Milvokija, bre.

Later than most, we finally watched the Borat film over the weekend. Our expectations were mixed, no doubt. On the one hand, we expected a lot of puerile humor and exploitation of naive subjects (but were mostly unworried about any possible sullying of the reputation of Kazakhstan). On the other hand, we were primed by a variety of media accounts presenting the oft-disguised Mr Cohen as a guerrilla comic who exposes the dark side of American life by appearing to be foolish enough to share the prejudices of his interlocutors. At the same time, saddled by disappointing experience, we arrived with the awareness that efforts to inflate characters developed for sketch comedy to the scale of the large screen usually fail.

The end result, comparing the actual viewing experience to our expectations, is that the film has a little of all that and not enough of any of it. What is disgusting is often amusing, if you like that sort of thing, but not overwhelmingly or hilariously so. What is exploitative is apparent, but not mean enough that anybody seeing it would actually care. As for the biting political satire, well, Borat unearths the surprising fact that racism exists, but there is nothing there that anybody did not already know. He has a couple of interviews with minor ex-politicians, but uses only a few seconds of footage from each; these interviews must not have gone well. In sum, what comes across on film is a bit smarter than, say, Candid Camera, but neither as revealing nor as feeling as Tito po drugi put među Srbima. There are a few moments that stand out from the howling pack of moments: most of these involve people indulging Borat for reasons unknown, but the rapidly shifting response of a rodeo audience to his rants is truly scary, and a group of drunken fratboys is distressingly recognizable.

We left the screening thinking of ways in which somebody with a similar idea might produce a truly impressive film. It would probably not be a popular hit, then. If the producers made a "making-of" documentary parallel with the film, though, that might be really fascinating. As it turned out, I walked into the theatre thinking I would disagree with Darko, but walked out agreeing.
Posted by Eric Gordy at 17:50 5 comments: 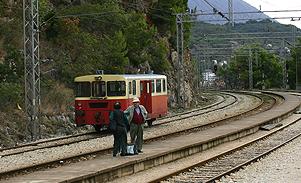 For those who have not been to Montenegro, but have watched the latest James Bond, this might be a bit of a dissapointment. The high-speed train from Switzerland to somewhere in Montenegro bears little resemblence to the Montenegrin railways today and would lose its attraction somewhere along the line of the 30 hours long journey. And the hotel is also not quite the Hotel Crna Gora... But it seems that Montenegrin tourism will profit and Casino Royal is already invoked in Montenegro's advertisment . Sorry, just no evil lair there (except maybe Radovan Karadzic's). 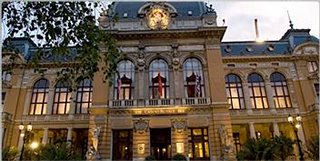 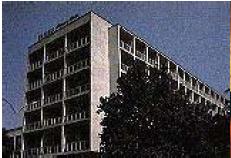 The trial of Vojislav Šešelj began today, with the accused represented by David Hooper as his own remaining energy, constrained by a melodramatic attempt to demonstrate that hunger strikes are available even to the morbidly obese, is being spent in the effort to think up evocative names for the tribunal judges and prosecutors which he has not already used. The way things are going, he remains well behind his colleague Branimir Glavaš in the effort to transform the putrefaction of the flesh into publicity.

Meanwhile, the preelection season has been marked by one protected witness offering selective testimony against a few of the people with whom he communicated when he was a conspirator, and by the police demonstrating that on instruction, they can produce a limited number of fugitives.
Posted by Eric Gordy at 16:28 1 comment: