We all get frustrated when trains are late, but it seems some people get really angry.

A happy 18th birthday to Radio B92! Let's say you had an impressive childhood as a precocious, brilliant and defiant youngster. And let's chalk up all that Ballantine and "Big Brother" stuff to some adolescent wandering. And let's hope for a stellar and productive maturity.
Posted by Eric Gordy at 16:25 No comments:

Marija Šerifović and the "new Serbia"

In the comments to the previous post on Marija Šerifović and her Eurovisionary song "Molitva," I linked to another blog that labelled the song a "turbo-folkić," and Bganon argued that "any association is wide of the mark." It seems Vesna Perić Zimonjić agrees. Writing in the Independent, she puts Marija Šerifović in the context of social and political conflicts in Serbia, describing the celebration of her award:

"Belgrade exploded with joy the moment her victory was proclaimed, with thousands taking to the streets, honking car horns and waving the Serbian flag in the capital's central Republic Square until dawn.

Such outpourings are typical when the country's basketball or water polo teams are victorious. But this was different, for it was the first time the proverbially macho Serbs had done the same honours for a young female singer - let alone one with Serifovic's unusual fashion sense."

I am not sure I can say how much importance ought to be attributed to her "fashion sense," which seems to range from K.D. Lang to Bryan Ferry. But it's all good if it supports the characterization of her victory gesture, "Her clenched fist victory salute was widely seen as a show of defiance by the forces in Serbia that stand in direct opposition to the ultranationalists and their policy of isolation and hostility to all minorities."

Maybe that offers a sort of background for the silly argument between the Unija Roma Srbije (in whose campaign Šerifović participated, and in which her mother is a member and her uncle an officer) and the Srpska Radikalna Stranka (of which, they claim, her grandfather is a member) over which political party can claim credit for her singing. She says she is not a member of any party, but that did not seem to distract the party leaders much.

Catherine also has a roundup of press coverage.

Update: It ain't Balkanology without essentialism, right? Here is Frank Tiggelaar's English translation of an article from the Dutch NRC Handelsblad about macho countries and ideal women. Or is it macho women and ideal countries?

Yet another update: Uh oh, bilo bi dobro i meni da pogledate the comments to the previous post, where Paul points us to charges that "Molitva" is lifted from the Albanian hit "Ndarja" by Soni Malaj. And did the unfortunate Scooch pinch a tune from DaRiva?

One writes in with a happy story -- Marija Šerifović, representing Serbia with the song "Molitva," has won at Evrovizija. Apparently that means that Serbia will host the competition next year. That should be fun. 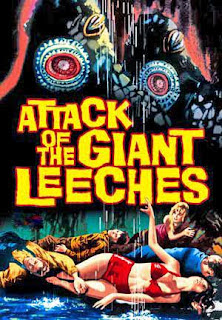 And one writes in with a bizarre story about leech smuggling. The estimated value of 8849 leeches is 722,000 Euros? Apparently leeches are a profitable business. Who knew?
Posted by Eric Gordy at 04:24 9 comments: