What would Escoffier do?

Now that Zveki Zmija has been given the chance to publicly lament his fate, Serbia will soon face crisis-level shortages of people threatening people. Stepping in: a bunch of people from Kruševac who call themselves the "Car Lazar Brigade." They promise unspecified action in Kosovo, but also to become "the foundation of a new Christian militia."

Leaving aside the fact that private armed forces are illegal (and why not leave it aside, since everybody else seems to), I endorse the nascent practice of naming vigilante groups after brands of cheap red wine. Sadly, there is no wine marketed under the name "dvorska budala" or "topovsko meso." The closest they could come would be one with unfortunate implications of animal abuse.
Posted by Eric Gordy at 14:51 2 comments:

To start your day, two failed initiatives. Political parties failed to agree on forming a government in Serbia, leading the president to announce that he will intervene. And on the burning issue of legalising weed, a bunch of irrelevant people cancelled their march after receiving threats from a bunch of twits.
Posted by Eric Gordy at 14:43 No comments:

So this is freedom

After the first of May, the third, which is World Press Freedom Day. To mark the occasion, Freedom House has issued its 2007 press freedom survey, and its press releases today include a number of regional reports on press freedom this year. The report categorizes the press in Croatia, Bosnia-Hercegovina and Serbia as "partly free," noting the types of pressure and attacks that have been discussed here and on other Balkan blogs, as well as a lot of other places.

"my moral principles and human conscience will not allow me to accept this award from the hands of the leadership of the Union of Journalists of Serbia who not so long ago showed themselves to be celebrators of crime, destruction, and the occupation of Vukovar. They may have had good intentions, and the award may have some some point. However, the problem is with the leading figures of that Union which played a quite infamous role at the time of the destruction and occupation of Vukovar. I am simply not comfortable accepting the award."

The same article from Index quoted above has some interesting explanation and self-justification from UNS president Nino Brajović about his own role at the time (it is cited to Slobodna Evropa, but I have not found the original). None of which prevented him from writing a letter to Latin in which he laments:

"Sadly, the situation is such that that it is still impossible to carry on a strictly professional discussion, without politicizing and malicious pressures."

But in that regard, he is probably speaking for himself (despite writing as the head of a professional association).
Posted by Eric Gordy at 03:09 5 comments:

I neglected to post anything for International Workers' Day (in the Stati Uniti, Loyalty Day), but Seesaw most certainly did not.

The US is of course the only country in which I have lived where 1 May is not celebrated, which is odd, considering the events that led to its becoming an international holiday.
Posted by Eric Gordy at 01:04 4 comments: 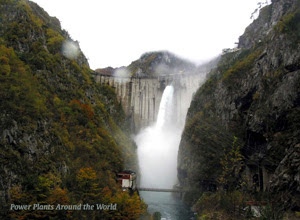 I can confirm that there are dogs who will eat anything, and also that it is vitally important to get a diet with sufficient minerals. This does not mean, however, that I find the story of the psi betonožderi of Piva wholly credible.

Update: Silly me. Rats. That resemble dogs. If you met my dog, you would understand how easy it was for me to become confused.
Posted by Eric Gordy at 19:38 No comments: 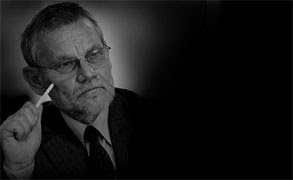 He was ill for a while, and it was expected, but this morning Ivica Račan passed away. He may have done less than what could have been hoped, but his influence was generally positive and hopeful, and in contrast with many of his contemporaries on the political scene, he seemed to be a decent person. The competition to take over leadership of his party has already begun, and if it produces a new generation of leaders who are oriented toward the future, that will be a unique legacy.
Posted by Eric Gordy at 11:07 1 comment: