Just out from Ashgate: The New Bosnian Mosaic: Identities, Memories and Moral Claims in a Post-War Society, edited by Xavier Bougarel, Elissa Helms and Ger Duijzings. It includes contributions by many very fine people. Following the link above will get you on the way to PDF files with the table of contents, the index and the introduction, but for the rest of the content they seem to want you to buy the book.

Not meaning to intrude on koleginica Catherine's territory, thanks to Davor for bringing attention to the "first massive landing of narodnjaci in fifteen years" in Zagreb. Despite the promise of "nothing but good music and beautiful women," and the promise of a huge profit for Marijan Crnarić and the BN television outlet from Bijeljina, police unions seem willing to forego the overtime, as the whole turbofolk business is a little bit controversial. 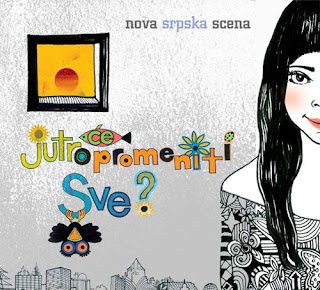 PS: Just so readers do not think that turbofolk is the only musical thing on offer from Serbia -- tamo daleko bilo! -- have a look at the new compilation album produced by the fine folks at Popboks (and published, amazingly enough, by PGP-RTS).
Posted by Eric Gordy at 18:43 2 comments:

Dayton on the scales

Thanks to the Neretva River blog for bringing attention to this interesting lawsuit. The coverage of it includes, as Mr Observer notes, some level of freaky antisemitism. But the case is also interesting for reasons having to do with the basic structure of the agreement which has become the working document for Bosnia-Hercegovina's institutions. It seems surprising that there have not been more legal objections to a framework that treats (some) ethnic groups as though they were citizens, and citizens as though they were nothing.
Posted by Eric Gordy at 15:18 12 comments: