A good year, after all

East Ethnia joins the Republic of Greece in declaring
2007 to be the year of Maria Callas.
Posted by Eric Gordy at 01:36 1 comment:

There may or may not be something of interest in the documents released by the National Intelligence Council, representing some of the intelligence estimates on Yugoslavia prepared for US agencies between 1948 and 1990. What may be most interesting of all is the introductory essay to the collection by Marten H.A. van Heuven, attempting to assess just where intelligence succeeded and failed, and noting the strong and perhaps excessive emphasis placed on trying to understand Yugoslavia through the lens of the Soviet Union.

Related?: The CIA's role in the publication of Dr Zhivago?

The future of education?

I have the same mixed feelings as most of the folks who teach at private universities about the increasingly consumerist nature of the whole enterprise. We old folks often complain that paying students are encouraged to feel entitled to any number of things -- our time, a grade, a degree -- while the financial constraints often mean that we serve a fairly narrow social group (although like at most costly institutions, a minority of the people there pay full tuition). Interestingly, in discussing teaching with my colleagues from "the former countries of real socialism" (anyone remember that phrase?), many of them have the sense that high tuitions mean that the people paying them are more likely to be highly motivated than just passing through. For people in the teaching field, it often seems as though the goal is something not entirely realistic, providing knowledge and insight to people who really want it but do not really need it. I render this with a little bit of irony, but still hold to the belief that the best students will usually be the ones who have chosen what they are doing, for reasons of which they are aware.

For those reasons and a bunch of others, the Toronto-basedAnarchist U(niversity, no?) project looks very intriguing. It is not entirely new, having operated since Fall 2003. And it is not so big, with just three courses this term and not much more than five or so in other terms. Courses are free (there may be a charge for books and copies) and non-credit, and most of them are on political and social themes. Although it seems that course development and enrollment are e-mail and wiki-based, the classes themselves are nonvirtual, with people gathering in rooms at particular times.

Probably this sort of model is not likely to substitute for the kinds of institutions where most instructors and students find themselves now. But it looks like a mighty good way of making it possible for both teachers and students (broadly, rather than professionally, defined) to do a bit more of the stuff that attracted them to the world of knowledge in the first place.

This post is a test. I am trying out a new (to me) blog posting program called Bleezer.

Okay, it seems to work. What I like about it so far is that it circumvents the Blogger interface, and that it makes adding tags easy. No complaints yet.

Aside from continuing to synthesize fear of immigration, UK media are also welcoming Romania and Bulgaria to the EU by showcasing their pop culture. Apparently Bulgarian chalga artists run the gamut from "at least Bulgarian" to "not particularly Bulgarian." Thanks to Mirko for the tip.
Posted by Eric Gordy at 17:48 2 comments:

Because I cannot help myself

Vanessa Paradis performing "This will be our year"

What was I going to put up? LDP's new year TV spot?

The remainder of the day, and hence the year, will be divided between grading papers (down to the deadline, again!) and cooking. Our menu for this evening:
The goal this new year, as it is every new year, is to cook so inefficiently and make a meal so engaging that midnight will come and go without any of the guests noticing.

However and whomever with you are celebrating, a happy new year to you and yours.
Posted by Eric Gordy at 15:43 5 comments: 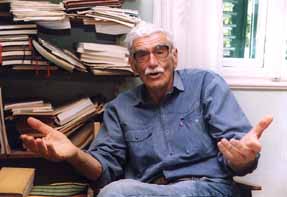 Sad news to end the year. This text arrived last night from Christophe, friend of East Ethnia. The text of the obituary is by Srđan Dvornik:

Srđan Vrcan was professor of sociology at the University of Split, Croatia. Born in 1922, he was the head of the Chair of Sociology at the Law School of the Split University from 1961 to his retirement in 1990. In 2003 he was awarded the title of Professor Emeritus. He also taught at graduate and post-graduate studies in Zadar, Zagreb, Ljubljana, Belgrade, Sarajevo, Vienna, Rome, Pecs, Berkeley, Sacramento. For many years he was a co-leader, together with the German professor Rudolph Siebert, of the seminar "The Future of Religion" at the Inter-University Centre for post-graduate studies in Dubrovnik. He presented the results of his scientific researches at conferences and symposia in Rome, Florence, Bergen, Dresden, Moscow, Berlin, Paris etc.

He was the Chairman of the Croatian Sociological Society. Through three consecutive terms he served on the Executive Board of the International Conference for Sociology of Religion in Lille/Paris. For many years he was on the Editorial Board of the journal for sociology of religion Social Compass, first published by the Catholic University of Leuven (Belgium), later by the Sage Publications (London). He was among the founders of the journal for social issues Pogledi (Views), which was published in Split from 1969 to 1990. He was also on the Editorial Boards of journals Sociologija (Sociology, the journal of the Yugoslav Sociological Association) and Revija za sociologiju (Review of Sociology, the journal of the Croatian Sociological Society).

The main field of Vrcan's scholarly interest was sociology of religion. On that subject he published the books Raspeto kršćanstvo (Christianity Crucified, 1980, co-authored by Boris Vušković); Od krize religije do religije krize (From the Crisis of Religion to the Religion of Crisis, 1986); Faith in the Swirls of Transition (Vjera u vrtlozima tranzicije, 2001). He studied social inequality (Social Inequalities and the Modern Society – Društvene nejednakosti i moderno društvo – 1974); the relationship between sport and violence (Sport and Violence Here Today – Sport i nasilje danas u nas, 1990; Sport, Violence, and Politics – Sport, nasilje i politika – 2003); as a co-author, he participated in two studies of voting behaviour (A Raid on Voters – Pohod na glasače, 1995; Packaging Power – Pakiranje vlásti, 1999); he was also a co-author of a study of youth (Position, Awareness, and Behaviour of the Young Generation of Yugoslavia – Položaj, svest i ponašanje mlade generacije Jugoslavije, 1986). He also published hundreds of scientific and review articles, articles in newspapers and interviews, which makes him one of the most productive Croatian sociologists.

Vrcan's particular merit is establishing and development of the particular sociological disciplines such as sociology of religion, of sport, of politics, of the youth, and of elections and electoral systems.

Srđan Vrcan actively supported democratic civic initiatives; thus, he was among the founders of the Association for Yugoslav Democratic Initiative, the first political civic initiative in the communist Yugoslavia (established in early 1989). He participated in many civic education activities, such as summer schools for democracy and human rights, and spoke at many public panel hearings on relevant political issues.

The photo is from an interview with Rade Dragojević in Zarez, in which Vrcan discusses his research on football fans and politics.
Posted by Eric Gordy at 12:51 3 comments: