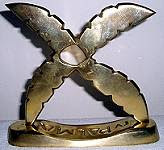 More fun with electoral math: all eyes are on SPS seeking to set a juicy high price for itself. But probably three or four parliamentary seats will go to Koštunjavi's coalition partner Dragan Marković Palma. Any mother would love the fellow, who is well versed in the classical music canon and once used the podium of the parliament (when he was a deputy for Arkan's party) to ask the police to carry out a coup. But now as the mayor of an increasingly prosperous small city, he wants to attract investment, and that means Europe, and that means no room for Radicals. DS has already shown repeatedly how willing it is to swallow its pride and sacrifice its supporters' beliefs. Would they rather do it with the devil who never held a monopoly of power than the one that did?
Posted by Eric Gordy at 10:34

Oop. Corrected my grammar. Hace algo rata since I have been in that govorno podrucje.

I didn't follow up immediately because I didn't want to distract any more from the main topic but it is generic singular - "crece la palma" - in both the Pete Seeger song and the Jose Marti poem that inspired it. I'm only being pedantic so that I can give you a link to the Jose Marti poem at http://log24.com/log/saved/versos.html

Aha, time to change the title again .... I've heard it both ways in songs, but looking at the Marti text it is certainly more beautiful and evocative the way he did it.

Of course, my preference is for the Alex Chilton version:
http://www.deezer.com/track/221647