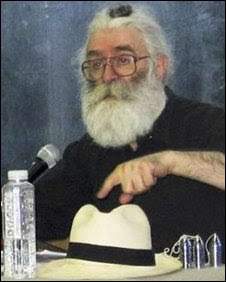 In addition to the existing international charges against him, Serbian prosecutors plan to charge Radovan Karadžić with smuggling endangered forest animals under his hat.

No text to link to, but I just heard an interview on the radio, Tatomir Toroman interviewed the editor of Zdrav život magazine, who published a series of articles on meditation by Dragan (sometimes David) Dabić, and who says that his lectures on meditation were outstanding. The editor had no clue who was hiding behind the assumed name. 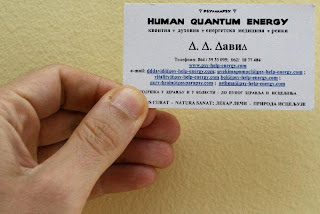 Here's a tad more: from Stultitia, scenes from a Dabićin' lecture and the menu for a lovely vegetarian repast.
Posted by Eric Gordy at 13:22